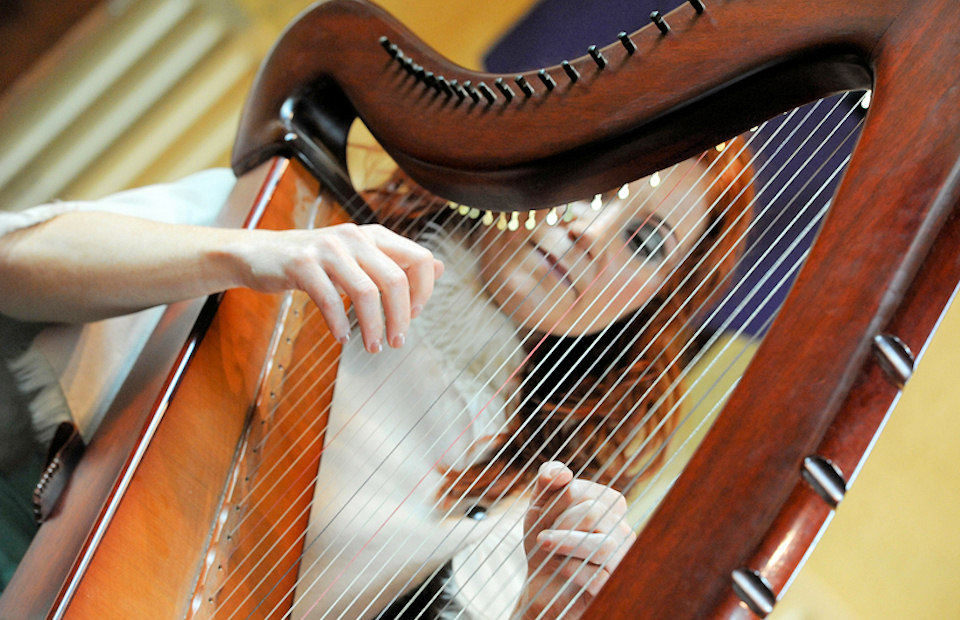 Therese and Deirdre are the perfect duo for your wedding day, offering unique interpretations of some of the best known classics as well as more recently composed wedding music. A selection of easy listening and traditional tunes on piano and flute or harp and flute will create the perfect ambience for you and your guests as you arrive at your wedding reception venue.

Therese and Deirdre began piano at the age of six and in their teenage years transferred to The Royal Irish Academy of Music where they continued their studies. Therese graduated from Trinity College Dublin with a bachelor’s degree in Music Education, while Deirdre graduated from University college with a bachelor’s degree in music. Also an accomplished flautist Deirdre furthered her studies with a post grad in Music Education at University Limerick.

An accomplished harpist and singer Therese was once a member of Anuna (the original singers with Riverdance) where she sang solo both at home and abroad. In 2003 Therese set up the Cavan Academy of Music and her most recent venture to date is the completion of her piano album entitled ‘Another April Day’ which was arranged and produced by Frank McNamara from ‘The Late Late Show’.

Therese and Deirdre have sung in some of Ireland’s most exclusive venues including The National Concert Hall, The Gaiety Theatre, The Olympia Theatre, The House of Lords and The National Art Gallery and have featured on some of RTE’s prime shows such as The Afternoon Show, The Late Late Show and Ceile House.

If requested, Therese and Deirdre are happy to work with other musicians such as a violinist or string quartet.

Church/Civil ceremony and drinks reception are our speciality and are reasonably priced. We offer a package for both. So email or call today and you’ll be pleasantly surprised.